Under Iranian law today, homosexuals are flogged, tortured and executed because they are homosexual. In 2011, two boys ages 14 and 15 were publically hanged in Iran because they were adjudged to be homosexual.

G.D. fled Iran in fear for his life because he is homosexual and was being hunted down by the Basij.

The Basij is a paramilitary volunteer militia established in 1979 by order of the Islamic Revolution's leader Ayatollah Khomeini. The Basij are the “moral” enforcers of the ruling clerical elite – they are the “morality police” in towns and cities across Iran.

Before seeking our council and representation, G.D. had applied for Asylum on his own. His application was denied and his case was sent to Immigration Court for possible deportation. We were retained shortly thereafter. We spent many hours researching the reality of life as a homosexual in Ian and the law in Iran. We drafted an extensive legal brief in support of the granting of Asylum and provided numerous documents in support of our argument. The Immigration Judge granted the asylum petition of G.D.

For the first time in his entire life, G.D. is now able to live his life without fear of being tortured and executed because of his sexual orientation. 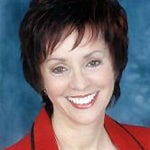